Some Real Astronomy Does Happen At WMA

Just to show that there is more than just banter and harassment going on at an observing session by WMA at Grandview Campground, here are a couple of images made by Secretary / Treasurer and Imaging Guru Jeff Hustead the weekend of 7/17 - 7/19/2009: 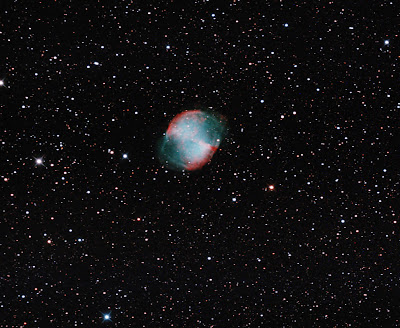 Past President Rich Garner was ragging all weekend about finding Stephans Quintet, a grouping of five galaxies in the Pegasus constellation. Jeff got this image of it: 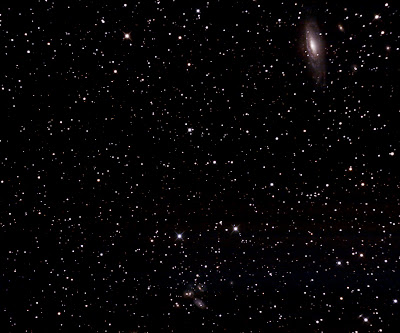 Past President Rich Garner and current President Jim Reichert
inspecting the radio telescopes stored at our off-site
storage facility. These telescopes are available on loan to any
Newbie members who do not yet have their own
optical equipment. 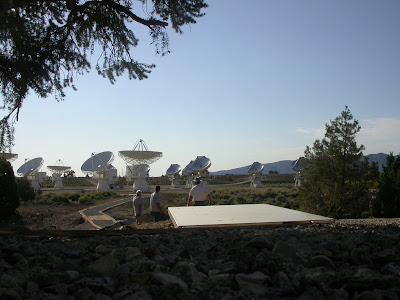 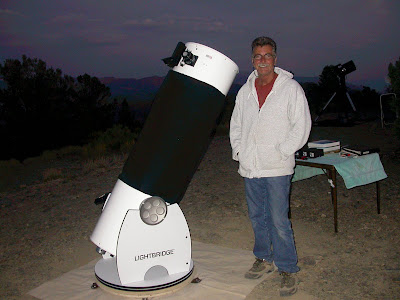 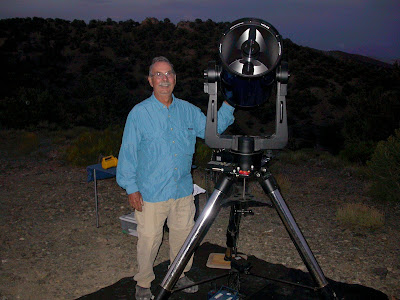 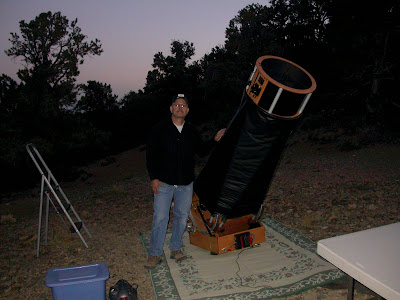 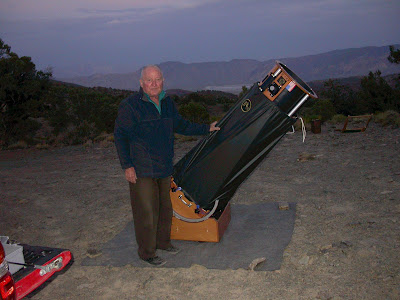 The Officers and Directors of WMA hard at work discussing
the Mission Statement for the Association, and the Bylaws and Constitution: 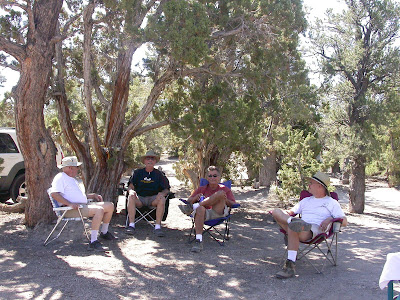 Welcome to the FWMA Blog!

The Frigging White Mountain Astronomers are a fledgling group of mis-fits, trying to observe more dim fuzzy objects on any given night than any other members present. Along the way massive amounts of sarcasm and dissention aid in the attempt to divert others from their goal.
Posted by Paul K. at 12:46 PM 1 comment:

The FWMA was founded on the principles of anarchy, dissention, and bad blood. I believe we have all strived very hard to meet and exceed that criteria, and have done a great job doing so.

We are dedicated to use the “F” word at least three times in each sentence, expulsion of mass quantities of flatulence at any given moment, and berating and demeaning other club members on their personal hygiene habits and choice of telescope equipment just because we feel like it. It’s actually quite an enlightening experience.

WMA operates under a very strict and autocratic, yet progressive and benevolent form of governance. This is to keep any potential opposition parties (aka “Rich’s Rebels” and “Garner’s Gaffer’s”) from gaining a foothold in the organization. Subversive groups such as these promote neo-conservative ideologies such as requiring that, among other things, roads within Grandview campground remain unpaved, campsites remain arid and water-less, toilets remain flush-less, observing sites remain rocky and uneven patches of dirt, and all illumination mechanisms emit only red light. All this in the name of keeping the facility “pristine”. With all the money we’ve spent on our telescopes, ccd cameras, notebook computers, software, battery packs, focal reducers, flatteners, extenders, coma correctors, filter wheels, carousels, flip mirrors, guiders, rotators, de-rotators, etc., etc., one would think one is imbued with an inalienable right to at least some minimal creature comforts in which to enjoy them.
Posted by Paul K. at 12:04 PM No comments: